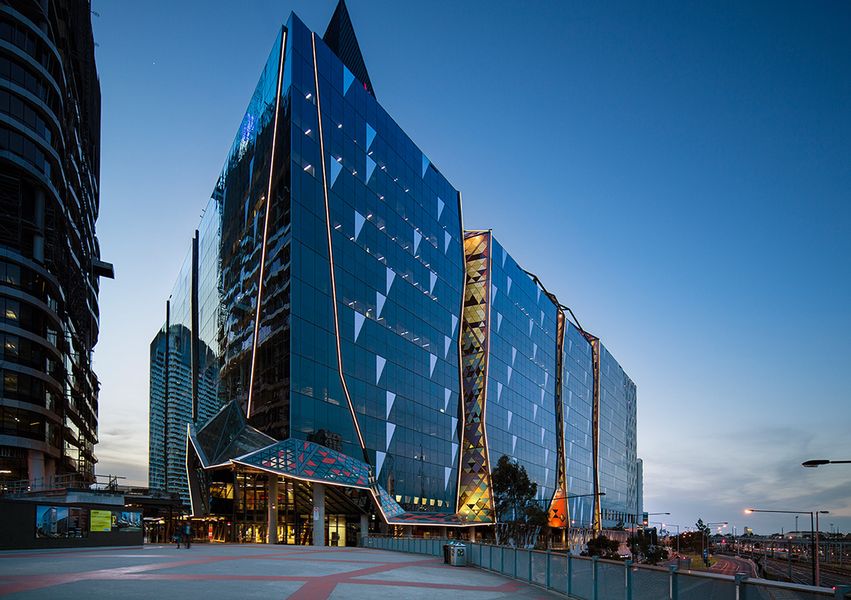 This office building houses one of the four largest financial institutions in Australia. The proposed development is situated in a triangular shaped lot between two streets and the back of a stadium. On Burke Street there is a pedestrian bridge connecting the Stadium with the Train Station that will be part of the project site. The project is composed by a 4 level podium including car parking, plants and ancillary areas, retail space, an entry lobby, a bank branch/cafe, an auditorium, staff training facilities and a childcare centre. The office tower has 10 levels and includes mixed use spaces.